Better Safe: Grab on its journey towards zero preventable incidents 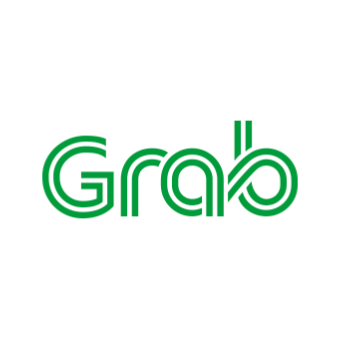 Recognising that trust is the real currency of its ecosystem, Grab has doubled down on making its platform safer by working to exacting standards and benchmarks

One of the driving forces behind the founding of Grab was safety, said Wui Ngiap Foo, head of integrity (user trust, identity & access management, safety, Grab Financial Risk) at Grab. Speaking at Grab Tech Insider, an online seminar to give an overview of the company’s safety features, Wui said, “If you were a young woman working late at Kuala Lumpur, you would be a little tense about taking a taxi at 2 am. Your family members would also be worried. That was the experience of our co-founder Hooi Ling Tan. It was a problem that Grab was created to solve – to make transport safer.”

Safety continues to be an abiding concern at Grab and its remit has only expanded over time. The range of initiatives cover the physical world – transport and ride hailing; the digital experience – protection of e-wallets and accounts against phishing, and finally Grab Defence, a suite of products designed to help external partners combat fraud on their own platforms.

Protecting riders and drivers in the physical world

Grab has set itself the ambitious goal of zero preventable accidents. To this end, it evaluates itself against the Singapore Land Transport Authority’s exacting safety standards – the June 2020 benchmark was no more than 0.02 incidents per hundred thousand kilometres of driving. The benchmark was picked because there was no current safety standard applicable across Southeast Asia and it was the most rigorous that the team at Grab could find.

Through the first half of 2020, Grab’s rides have been 1.4x safer than the Singapore LTA’s quality of service standards for accidents. The benchmark is even higher for driver-related offences – where Grab is 2.3x safer.

Wui shared that to achieve its safety goals, Grab begins the process even before the ride. Drivers have to submit a real-time selfie for facial verification whenever they log on. Selfie verification is also triggered at random to prevent a host of problems, from renting to reselling of driver accounts. Powered by AI algorithms, liveliness checks via gestures have been built into identification, so the software cannot be fooled by a photograph.

Grab takes driver safety just as seriously as it does passenger protection. It claims to be the first ride-hailing company in the world to launch passenger selfie verification. The feature has been rolled out across Singapore, Indonesia, Malaysia, Thailand and Vietnam. In Malaysia, passenger selfie verification is mandatory by law. Grab’s solution is triggered by risk-based predictions; for instance, a 90-day plus absence from the platform. Wui said, “We have found this to be a very effective deterrent against would-be bad actors, for example to curb illegal activities like drug trafficking.”

Safety continues to be a major area of investment for the company. This year, Grab rolled out new trip monitoring technology which leverages data from telematics, GPS, traffic and other sources to detect unplanned stops. If detected, the technology triggers an in-app notification that gives passengers the option to request for emergency assistance. Further iterations of the technology in the roadmap include detecting accidents and unusual ride terminations.

Telematics is an area where Grab has continued to build and hone over the past few years. Today the technology is used to monitor driving patterns – and can track incidents like speeding, hard braking, sudden acceleration and hard cornering. This information is surfaced to drivers in the Grab app through a driving safety report, and is intended to incentivise safer driving practices and improve ride quality.

With 400 million internet users across Southeast Asia, and 10 per cent using the internet for the first time, fraud is an ever-present danger. While globally 1.6 per cent of all e-commerce revenue is lost to fraud, in Southeast Asia – particularly Indonesia – that rate doubles. Wui said, “It is a conflation of digital literacy, the speed at which we are digitising and millions of people going online for the very first time, unaware of what lurks in the shadows.”

There has been a 600 per cent increase in phishing attacks compared to 2019. The Singapore Police Force has registered a 2,500 per cent rise in banking related phishing scams.

Grab’s footprint makes it a candidate for attack. Wui confessed that the sophistication of techniques used by fraudsters moves in lockstep with fraud prevention mechanisms. He said, “We think about protecting via not just technology, but user awareness and education; partnerships with local law enforcement and investments in AI and machine learning.”

For instance, graph algorithms allow Grab to examine the millions of data points around user behaviour to detect aberrations. Wui explained, “A fraudulent user is a lot more decisive. Instead of browsing around, they go straight to the wallet, because they want to cash out. By mapping the flows on how a fraud behaves versus a genuine user, we aggregate that into a behavioural score. We use that to power more checks – for instance limiting cash ups for an account.”

Grab has also been adding additional layers of authentication while simultaneously keeping the app easy to use. In this, it has found an unexpected ally in the users themselves. Wui said, “There is a false dichotomy between security and convenience. People have a nuanced view towards friction.” This was ratified by a 10,000 person survey across Southeast Asia. Wui added, “A good analogy is how people often have a gate in front of their main door, or install an extra lock. It takes them longer to get into their house. But they feel more assured because of it. Our focus is to create what we call good friction..”

While fraud can never be at zero per cent, Grab currently has has an industry leading rate of less than 1 per cent.

Over time, Grab has realised that no single company can fight fraud. And so, it launched Grab Defence last year – a platformisation of its abilities and investments built over the years. Wui said, “We are trying to offer that to partner companies, so they don’t have to pay the tuition fees that we have paid fraudsters, to learn to get better.”

The suite offers partners solutions that leverage machine learning models, fraud fingerprinting, analytics, dashboarding and Grab’s unique insights, which the company has honed over the years. It has already begun working with a couple of partners in Southeast Asia.

Despite the results Grab has managed to achieve on the safety front, Wui acknowledges that the journey is far from over. “If you put things in perspective, the amount that Grab has invested into protecting user trust and safety, the technologies, and headcount involved – I’d say that there are no companies in Southeast Asia who have reached this scale of investment, advances and technological moats. But being vocally self-critical internally, we always say that we don’t do enough and need to do more. We recognised early on that trust is the real currency of our ecosystem, not money.”

This article was created in partnership with Grab. For more details on Grab’s safety initiatives, please visit the website