Andrew Barnes was not planning to raise hundreds of millions of dollars for his Australian workforce training startup, Go1, earlier this year. But when he began pitching to investors, he was overwhelmed with a flood of interest, including from a new candidate: SoftBank.

“When we saw that interest, and when we thought of the next five to 10 years plus, there’s a very exciting market opportunity in the space in which we are operating,” Barnes recalled in an interview.

Talks eventually led to a meeting with SoftBank Chairman and CEO Masayoshi Son, who “very quickly understood and articulated the business model,” according to Barnes. What particularly appealed to Barnes was Son’s ability to articulate how Go1’s use of data to personalize workforce training programs might transform the education industry: “Here’s the big picture, but also here’s some of the technical details around how that becomes possible.”

In July, Go1 announced a $200 million funding round led by SoftBank’s Vision Fund 2 — five times the amount the startup raised in a previous round last year. In a feat for SoftBank, it was able to muscle out a key rival, U.S. fund Tiger Global, for this round of investment, although two Tiger partners participated in their individual capacity.

Go1 offers companies a subscription to over 200,000 courses, from how to use Excel to managerial training. The sector has quickly become a key part of SoftBank’s investment strategy. The Japanese telecom operator-turned-tech investment group has generated its biggest returns from consumer-focused internet companies like China’s Alibaba, South Korea’s Coupang or DoorDash of the U.S. But in recent months Son has placed big bets on companies that cater to businesses, many of them following a so-called software-as-a-service (SaaS) business model.

The Vision Fund 2, which launched two years ago with SoftBank as its sole backer, had made 21 investments in enterprise software companies as of June 30, representing more than a fifth of the companies it has invested in. By comparison, the first, larger Vision Fund has only eight enterprise investments, or 9.8% of the total.

The ability to secure deals in new territories like Australia is a signal of SoftBank’s clout in the venture capital industry, where investors typically spend years courting the most popular startups. Executives say its team of investment professionals around the world is able to identify and bring the best deals to Son.

The wider net is being cast after SoftBank missed out on some major IPOs and stock gains during the COVID-19 pandemic. Its late entry is driving up valuations in areas where competition for the best deals is already intense. “There’s no question valuations have increased as more capital comes into the market,” said Craig Blair, co-founder and partner at Australia-based venture capital specialist AirTree Ventures, which has backed Go1 since 2019. “We’ve seen valuations and round sizes [in Australia] increase roughly 30% over the last three years. But if you look beneath the waves, you’ll see that there’s a real premium for category leaders.”

India has been at the forefront of the new strategy. The first Vision Fund made its biggest bets on companies like One97 Communications, the owner of payments app Paytm, and hotel chain startup Oyo. The second fund has increasingly turned to companies like Mindtickle, an Indian startup that offers “sales readiness” software — apps that help companies train their sales employees online. Krishna Depura, Mindtrickle’s co-founder and CEO, said in an interview that not raising additional capital quickly would risk putting the company behind its competitors.

“The markets are phenomenally shifting and, in some ways, COVID has accelerated the transformation to a digital world. So you are seeing that a lot of SaaS companies are raising money and going big, because this is the time where new businesses will get created, he said.

“We can invest in new products and new geographies, so that is where we decided to raise [funding] and go and get things done faster than what our original plans were.” Mindtickle, which has operations in the U.S., Canada and the U.K., is now planning to enter the Japanese market.

SoftBank has also backed e-commerce startups that cater to businesses, like India’s OfBusiness and China’s Xiaopangxiong. OfBusiness, which helps companies sell and buy raw materials such as steel and cement, said in July that it raised $160 million in a funding round led by Vision Fund 2 at a valuation of $1.5 billion

Son has backed some of Asia’s biggest e-commerce companies, including Alibaba and Coupang, as well as India’s Flipkart, but has little experience with business-to-business startups.

“He is always invested in consumer internet because he believes that it’s a winner-takes-all market: the last man standing is the biggest company in town and everybody gets decimated. B2B is the other way around, which is that there is a little bit for everyone,” OfBusiness co-founder and CEO Asish Mohapatra recalls Son saying in an online meeting in April.

“One, is it true? And two, if it is true, then how do we make it a winner-takes-all market? That was his question.”

Mohapatra said he plans to use the proceeds to acquire companies that hold valuable production, marketing and export licenses, as well as make its own private-label products. “There is a very clear potential to actually build a global footprint, particularly in Southeast Asia and South Asia,” he said. 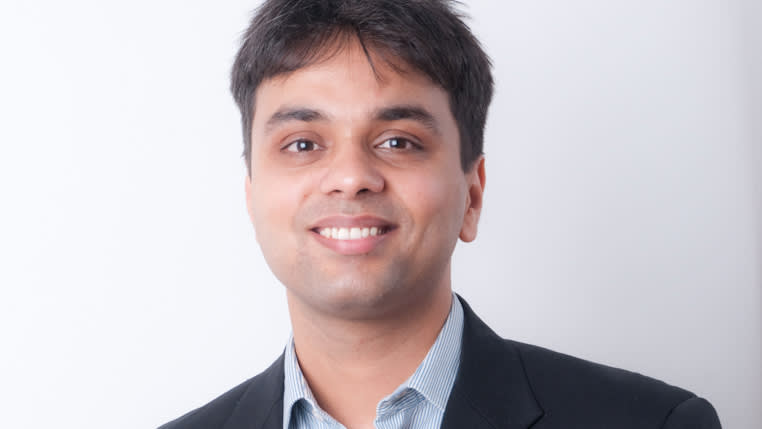 Despite failing to attract investors for the second fund, SoftBank has accelerated the pace of investment by committing $40 billion of its own capital. Son has said his goal is to increase the fund’s portfolio of investments to 500 companies and eventually 1,000.

The foray into enterprise software is partly motivated by seeing a number of large companies emerge in the sector without SoftBank’s backing. Last year, U.S. cloud computing company Snowflake raised $3.4 billion in the largest IPO ever for the industry. Others, including video conferencing software developer Zoom, saw their share price surge during the pandemic. Atlassian, an Australian company that sells software for developers, has seen its U.S.-listed shares more than double over the past year, giving it a market capitalization of about $100 billion.

He appears to have studied the so-called product-led growth strategy used by Zoom, which captured a large enterprise customer base by allowing people to use the service for free for up to 40 minutes. One key area of discussion with Mindtickle, for example, involved how to “get people access to your product, and then figure out a monetization model later,” according to Depura. “Zoom is the classic model.” Exit opportunities for venture capitalists that back the most popular enterprise software companies remain strong. Freshworks, which was founded in India and sells customer relationship management software, recently raised its price range for its U.S. initial public offering, seeking a valuation of nearly $10 billion.

SoftBank’s stock price has fallen roughly 40% from its high in March, amid concerns over the regulatory crackdown on Chinese internet companies, as well as declines in its listed consumer investments such as Coupang. As it steps up its enterprise software investments, SoftBank has been selling some of these consumer names. Vision Fund-related entities have unloaded shares in DoorDash, Coupang and U.S. real estate company Opendoor this year, according to regulatory filings.

SoftBank’s history includes a string of what Son has called mistakes, including investments in U.S. shared office space operator WeWork and finance company Greensill. “But what I regret more is the missed opportunities to invest,” Son said at a news conference earlier this year.

This round also saw the participation of L Catterton and HPE Growth.

The share sale comes a week after DoorDash, in its earnings report, predicted a seasonal decline in order rates.