EQT-backed In.Corp says ready to take on the Big Four 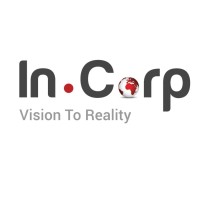 After a three-year acquisition spree, which led it to become a pan-Asian player, Singapore-headquartered full-services provider In.Corp Global believes that it is no longer a tall order for it to compete for business against the Big Four — PricewaterhouseCoopers, Deloitte, Ernst and Young, and KPMG.

Since its backing by EQT Partners in 2016, In.Corp has adopted the Swedish Private equity’s famed platform approach and has acquired 12 firms in the region.

The latest deal was last month when it bought out Jakarta-based Cekindo Bisnis Grup, a consultancy firm that offers one-stop-shop services to worldwide clients who aim to operate and grow their businesses in Indonesia.

The acquisitions have seen a radical shift in the company’s revenue streams.

Corporate secretarial and company formation services, which accounted for about 70 per cent of its revenues earlier, are now down to about 45 per cent, while accounting, taxation and business advisory now contribute up to 40 per cent, with risk assurance and corporate recoveries generating about 10-15 per cent, its chief executive Atin Bhutani explained during an interaction with DEALSTREETASIA.

“We’ve started entering the Big Four space. In fact, only two of the Big Four offer corporate services. Without the funnel of incorporation and corporate secretarial services, the Big Four will not be able to drive the full suite of services SMEs and mid-market companies,” he added.

“We are today a one-stop service provider,” the In.Corp chief executive said.

Bhutani also emphasized out that In.Corp was not a direct competitor to the Big Four, despite its consulting business witnessing significant growth across the region.

EQT said it had invested in In.Corp as it saw a massive opportunity in the services space in SEA. Post its In.Corp deal, in an interaction with DEALSTREETASIA, EQT’s Partner and Head of Southeast Asia, Tak Wai Chung, had said that there were a lot of sub-segments where one could drive consolidation and find sector champions in the mid-market equity size bucket.

“Here, you do not need to compete in a heated auction but in a smaller sub-segment where they will have a specific focus. You can buy number one or number two in those sub-segments. At the same time, there’s a lot of consolidation opportunities as these sectors are quite fragmented, where sub-scale players can grow inorganically,” Tak Wai had added.

Added Bhutani: “As the Big Four operate in a partnership model, their franchise may not be connected with each to provide services seamlessly across geographies. To be honest, we can’t compete with them when it comes to large MNCs. We cater to international SMEs.”

Among other differentiators from firms offering corporate secretarial services, In.Corp said it had built a dedicated business development team and also a dedicated pool of client advisors.

“At the initial stage, entrepreneurs don’t know what they need. But as an existing corporate who has been in business for 6-8 years, we know what they require as they grow. We built another team of qualified CPAs and call this the compliance team. So for all clients, this team identifies opportunities,” Bhutani said.

He also indicated a pause on the acquisitions front, and said the company would only look at deals that sped up expansion into ‘specific areas such as servicing international clients or listed entities’.

Currently, In.Crop is focused on integrating the different companies it has acquired.

“By January 1, we were able to amalgamate seven of the entities we acquired and they all carry the In.Corp brand In some overseas markets. If the acquired entity has a very strong brand, then we’ve opted to have In.Corp as the umbrella brand and retain the local entity’s name. For all the 12 companies we acquired, we are integrating everything horizontally – policies, finance, reporting, HR, business development, marketing,” he added.

Both Bhutani and Bakhda share the view that the company’s next phase of growth involved technological integration as opposed to more acquisitions.

This has seen the company working on a common technology platform across all operations, including that of the acquired entities, to ensure that process and workflow are common across all geographies, even as the services offered in each country could differ.

The duo also said the full-service provider had no plans to raise additional capital in the form of equity in the near future, both for expanding operations or for more acquisitions.

If required, In.Corp plans to draw on bank support, or utilise venture debt, as it was ‘sufficiently EBIDTA positive’, they added.

Asked on EQT’s strategy to support its portfolio companies making horizontal acquisitions, and building a regional platform that can eventually be listed, giving the private equity firm an exit, Bhutani said the future course of action would depend on shareholders.

“Whether it is listing or a strategic sale process, it is something that the shareholders will drive. It is something that we’ve not taken a call on yet. The beauty of the entire platform approach is that the management team is professional. We’re very excited and very passionate about what we are building, and and the business is growing,” he added.

Currently, about 70 per cent of In.Corp’s clients are international with Singapore accounting for the rest.

The company has been able to leverage the city-state being amongst the most sought-after destinations by entrepreneurs to launch businesses, as well as global firms aiming to set up their regional HQ or subsidiaries in Singapore.

Asked on its track record in helping MNCs set up, expand or launch operations in Singapore, and also provide them with other associated services like business advisory and consulting, Bhutani offered a different take.

“We look at a different segment of MNCs. If you look at U.S, 95 per cent of corporates are in SME to mid-market rage. These companies are now expanding and looking at Asia – Singapore, Shanghai, India, etc. The top 10 per cent, who are part of the Fortune 500, have already expanded their businesses and are present in Asia. We are targeting these international SMEs and MMEs who are now looking to go out, and offering them price points that are very competitive when compared to Big Four. Our service levels are equally good, if not better.”

With Singapore emerging as a startup hub, In.Corp executives say this has been a focus area too.

“A normal corp-sec firm would not be able to help a startup by creating documentation that has different classes of shares, different voting rights – we can do it. We can customize it so that they won’t even need to work with a law firm,” Bhutani added.

The company says it has identified Big Data as a tool to enhance its offerings.

Both Bhutani and Bakhda said that the firm was working on creating tech tools that could analyse their clients data and predict their corporate requirements such as being GST compliant, and identifying transfer pricing issues when an entity is part of a larger group, or when a number of intercompany transactions or related party transactions are at play.

Sticking to tech, the duo highlighted a tech platform it had developed recently, which addressed its core business – company incorporation – giving it an edge over competitors.

“The system that we have developed is so unique that in a matter of seconds, you will have security that the company name is available and that your KYC and all related paperwork is cleared,” Bhutani explained.

“The client gets the fastest possible service. Second, this is an important and people don’t give enough value to this – just imagine that the entire team that was helping clients from the corporate secretarial side has now been freed up to advise (clients), and work on the other stuff they want. It’s market leading,” he added.