Telenor, the Norwegian telecommunications operator, has agreed to sell its 51% stake in Wave Money, one of Myanmar’s biggest mobile payment services, to a consortium led by Singapore-listed Yoma Strategic Holdings, its main partner in Wave, Nikkei has learned.

The sale of the stake for $53 million in cash values Wave Money at $104 million and is set to be finalized in the coming days, according to people close to the deal. It will rank as the biggest fintech deal in Myanmar since the Feb. 1 military takeover, which has seen consumer and investor confidence collapse.

The sale will give Yoma Group, led by Myanmar tycoon Serge Pun, a 75% stake in Wave Money. The group currently holds 49%, with 44% held by YSH and 5% by its Myanmar affiliate, Yoma Bank. The remaining 25% stake will be held by private investors in the Yoma-led consortium, including a Taiwanese financial group and an independent Myanmar internet service provider that is expected to increase its share in the coming months.

Yoma Strategic first agreed in mid-2020 to take over Telenor’s stake. Telenor Group declined to comment when contacted about the deal on Friday, saying it does not discuss market speculation or rumors.

Telecom executives familiar with the deal said the valuation of Wave Money at $104 million was “rather high” compared to Telenor’s asking price of just $105 million for its mainstream telecoms business, Telenor Myanmar, which was valued at more than $780 million when the parent company wrote off its assets last May. But Wave is ultimately a “good deal,” said one investor with knowledge of the negotiations. 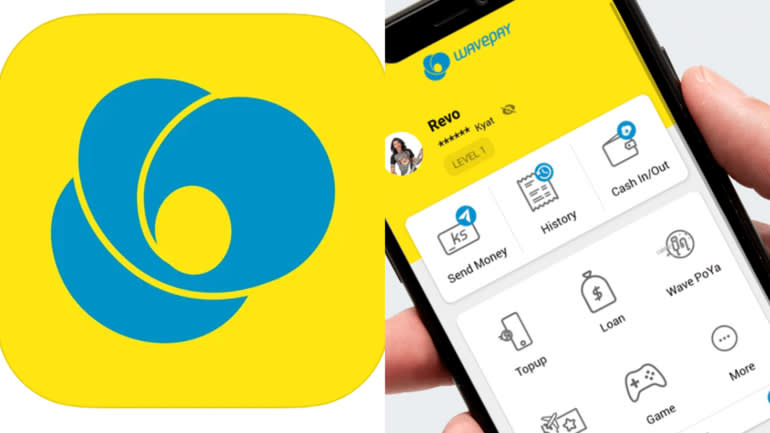 “Wave is a great business and Yoma needed to buy it from Telenor. They had little choice if they didn’t want to see the stake go to another party — but it also fits with the growing digitalization of the financial system and their efforts to develop Yoma Bank’s retail platform,” he said.

Wave Money executives have acknowledged concerns among anti-regime activists about growing scrutiny by the military regime of banking and financial transactions, including demands to freeze user accounts suspected of links to the civil disobedience movement. But they have argued that money flowing through mobile payments is much harder to track given the small size of individual transactions, which are limited to the equivalent of $50, and the use of multiple SIM cards. More than 1,390 civilians have been killed and 11,300 arrested by security forces since the Feb. 1 takeover.

Wave Money Chairman Melvyn Pun recently expressed confidence in the outlook for digital financial services — even as the mainstream banking sector is reeling from fresh curbs imposed by the military regime, known as the State Administration Council.

Wave Money facilitates bill payments, local remittances, and over-the-counter transaction services through Wave Pay, and estimates it handles 1 million to 1.2 million transactions per month. The company took a hit following the Feb. 1 military takeover, losing about half its estimated 2 million-plus active app users by May 31. But the easing of some internet restrictions and the semi-paralysis of the banking system have revitalized the business, with nearly 2 million active Wave users in November, according to Wave officials. For Telenor, which is 54% owned by the Norwegian government, the deal signifies a major step in its efforts to exit Myanmar. After writing off $782 million in May, the company announced in July that it had agreed to sell its local assets to M1 Group, which was founded by Lebanon’s Prime Minister Najib Mikati and his brother Taha.

However, the deal appears to have been unofficially blocked by the military regime, which is understood to have asked Telenor to find other bidders and has expressed a strong preference to involve local companies. YSH is among those to have expressed interest in the assets.

The Wave deal suggests possible revitalization of efforts to develop fintech in Myanmar. In a recent interview with Nikkei, Melvyn Pun — who is also YSH’s chief executive — said the e-wallet system has extended financial services to “many millions of people who were never able to have bank accounts.” He said that Wave is determined to expand products and services over the digital platform.

The Wave deal follows the exit of China’s Ant Financial, the fintech affiliate of Alibaba, which last year agreed to invest $73.5 million in Wave Money but withdrew in May after the Feb. 1 takeover, dealing a blow to the military regime’s economic credentials.

More significantly, it comes on the heels of an announcement on Wednesday that Philippine conglomerate Ayala Corp. will increase its stake in YSH to 20.2%. Ayala agreed in late 2019 to invest $237.5 million in various companies within the Yoma Group, including a 14.9% stake for $108.6 million in YSH. Ayala then provided a five-year loan of $47 million to Yoma in anticipation of a further equity investment to increase its stake to 20%. Under the Dec. 29 announcement, Ayala will convert the five-year loan into a perpetual loan that can be redeemed for shares in Singapore-listed YSH at $0.45 Singapore dollar per share, to be issued at a later date.

The deal assures Ayala a total 20.2% stake in YSH and enables it to choose the timing of share redemption, while allowing YSH to sharply reduce its leverage and increase its equity capital base at a significant premium to the current share price. YSH shares closed on the SGX at 0.131 Singapore dollar on Thursday, well below their 52-week high of 0.35 Singapore dollar in January.

The deal also provides badly needed resources for Yoma Group to position itself for the Wave Money takeover. Describing the Ayala partnership as “transformational,” Melvyn Pun said Ayala’s support will help Yoma to deepen its commitment to Myanmar and expand digital financial services and other strategic areas.

However, activists and legal campaigners have raised concerns about the prospect of increased military surveillance of mobile financial transactions after Telenor’s exit as well as the issue of data privacy. Myanmar has no laws on data privacy protection, and Yoma’s consortium can expect to face more pressure from rights groups and protesters amid growing repression.

As Wave Money is regulated as a financial services company under the Central Bank of Myanmar rather than as a telco business, the deal is unlikely to face the official hurdles hampering Telenor’s proposed sale of its telecoms assets. Sources close to the deal expressed confidence that the transaction will receive the green light.

The deal comes amid a restructuring of YSH, which has downsized loss-making businesses including tourism and restaurants since the COVID-19 pandemic struck while beefing up investments in sectors including automotive and consumer finance.

The transaction failed to take off due to the military coup.

Ant Group-backed Wave Money is currently valued at about $224 million.